A Tufts University study of civic engagement on college campus published this year found that SUNY New Paltz student voting rates rose by 8.2 percent from 2012 to 2016.

The good news is reported in “2012 & 2016 Campus Report: Student Voting Rates for State University of New York at New Paltz,” which was published as part of Tufts University’s National Study of Learning, Voting, and Engagement (NSLVE).

The New Paltz report is part of a national survey of U.S. college and university student voting. The Executive Summary and Full Report on that study can be viewed and downloaded online.

The growth in student voting participation is welcome news at New Paltz, where this issue has long been a priority throughout the campus community, among administrators, faculty, staff and student volunteers. 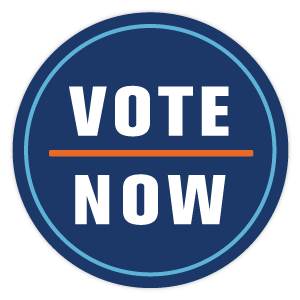 New Paltz first secured a polling site on campus in 1985, and this has remained in place as a resource encouraging students to exercise their democratic rights.

Information about registering to vote is included in first-year orientation programs and student communications, and student groups like the local chapter of the New York Public Interest Research Group support voter registration in diverse ways, from spreading awareness about rules and regulations to grabbing clipboards and helping student peers sign up.

Student political engagement has even produced a handful of New Paltz students running for and winning elected office.

Learn more about the National Study of Learning, Voting, and Engagement online.