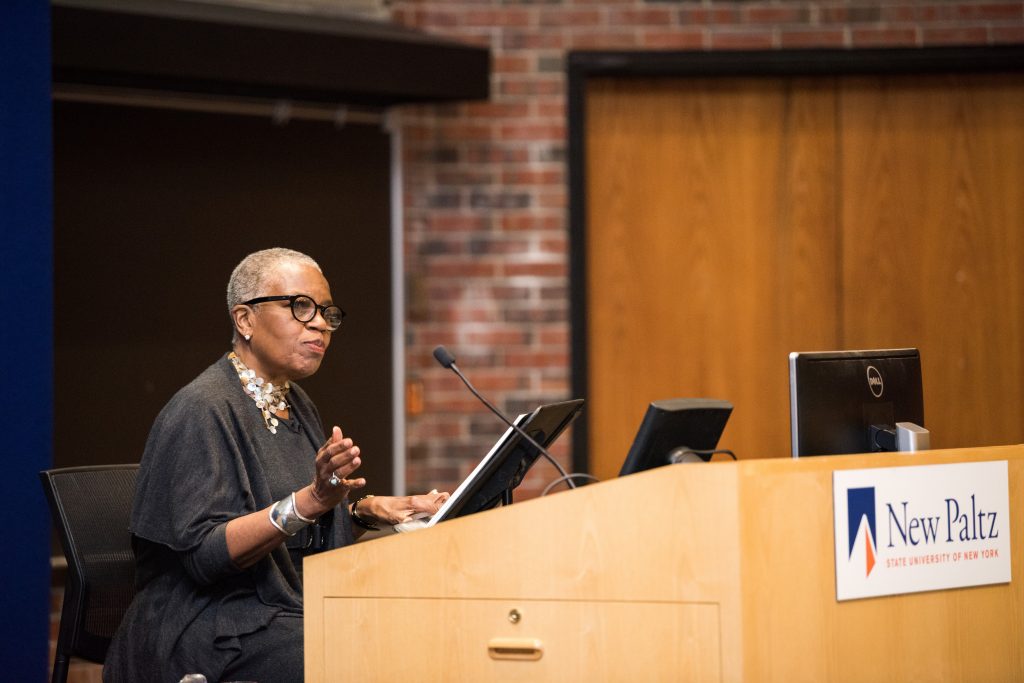 SUNY New Paltz alumna Janus Adams ’67 (Theatre) regaled members of the campus community with a deep and poetic account of her life story, woven into the fabric of America’s ongoing history of civil rights justice.

Adams returned as the fall 2017 Distinguished Speaker on the occasion of her class’s 50th reunion, with an address titled “Know When to Leave the Plantation:” so named for the words of advice family members shared with her in her youth, when she was among the first African-American children tapped to desegregate public schools in New York State following the Supreme Court’s ruling in Brown v. Board of Education.

“‘Come let me tell you a story,’ I would hear my grandmother call when I seemed in need,” Adams said. “Each story would have the same moral, the same reason for being: to share her philosophy of life. ‘All things are one,’ said grandma. ‘In this world, everything is related.’”

Adams told of how she arrived at New Paltz not long after she and her mother rallied with thousands and met Martin Luther King at the 1963 March on Washington.

“When he raised his hands over the crowd, invoking his Dream, I felt myself levitate, soar,” she said. “One among 250,000 united that day, I understood the movement, and this country, as never before.

“What I couldn’t have imagined 54 years ago, is how much, and how little, would change.”

Adams opened up about how her time at New Paltz mixed triumph and tragedy. Her tale included compassion, determination and friendship, but also discrimination and abuse directed at her for her race and gender.

She did not dwell on the difficult past, however, so much as use these memories as a lens through which to understand contemporary injustices and hardships that still stem from social inequity in the United States.

“Fifty years after graduating, I know today’s students face challenges my generation fought to ensure they’d never see,” Adams said. “I take that personally; I’m angry that after 50 years, painful moments of my life and times are not irrelevant to today’s students.”

“How do we serve, protect and defend the fundamental human rights of each and every one of us?” she asked, and responded with her own call for students at New Paltz and everywhere to continue the healing work that has been fundamental to her story since she was a child.

“Here at New Paltz, diversity and inclusion are key words,” Adams said. “So to young people, I say: let no one turn you ‘round. Make your own movement here. Practice your craft of justice here. Build your boards of directors, your circles of friends, your Underground Railroad cells of today, with roots dug deep and strong to keep each other on the freedom trail.”

It is no hyperbole to say that the uplifting effect of these words resounded through the audience; in a first for the Distinguished Speaker Series, the lecture concluded with a group singing of “This Little Light of Mine.” Adams led the way, and in return received a standing ovation. 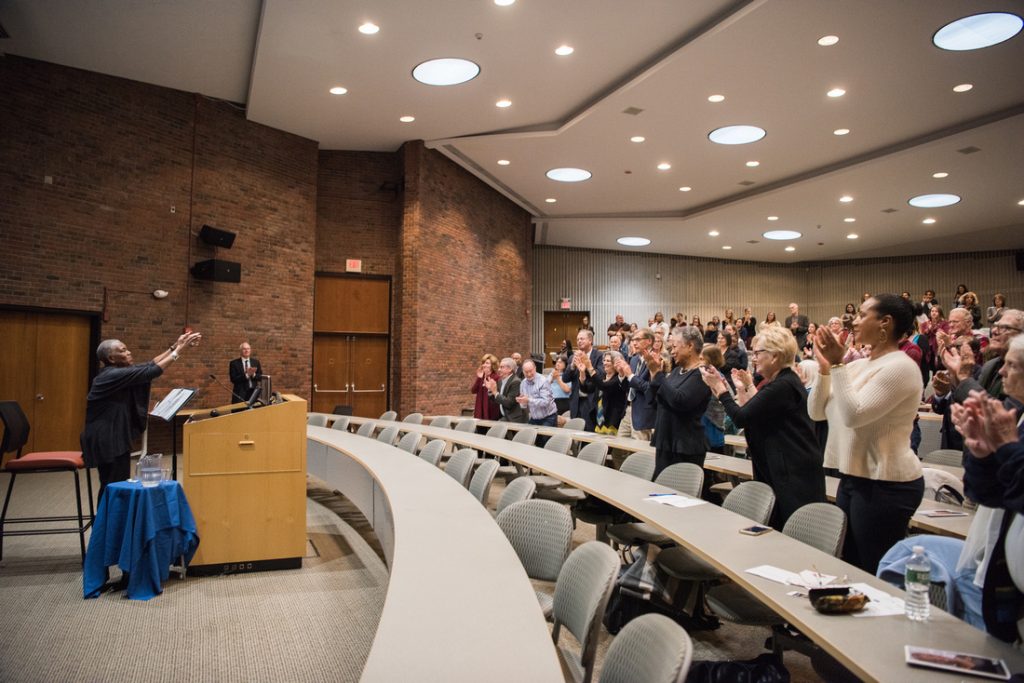