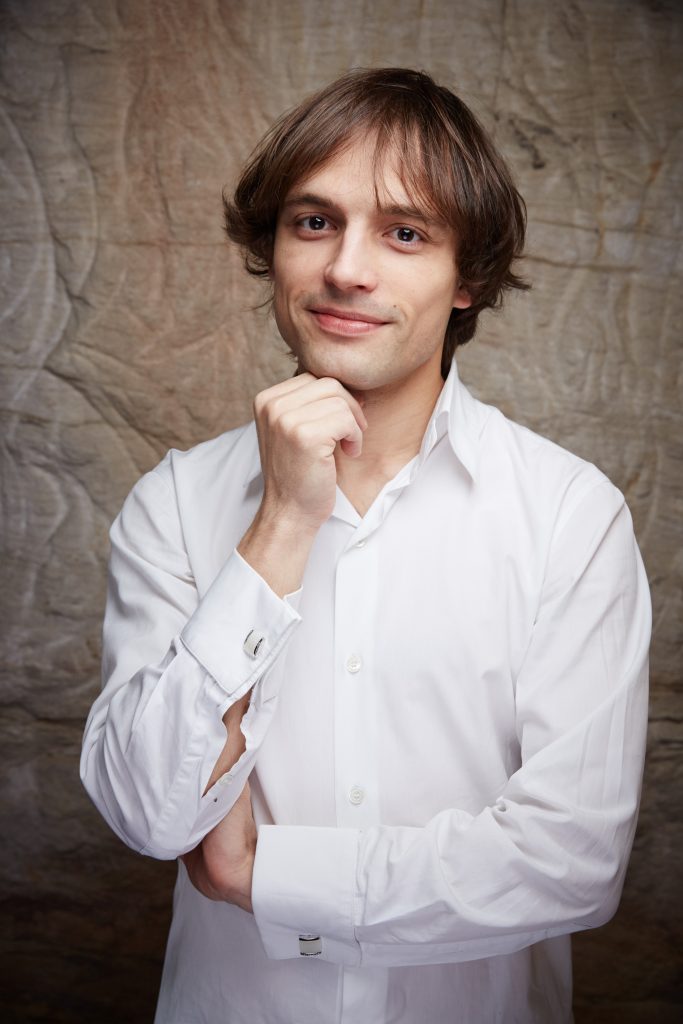 PianoSummer at New Paltz is proud to present Ilya Rashkovskiy, the dynamic young Russian pianist, in concert on Saturday, July 22 at 7 p.m. at McKenna Theatre.

Acclaimed for his powerful expressive interpretations and richly eloquent playing, Rashkovskiy has earned a reputation as one of the most promising pianists of his generation, hailed as a “colorist of the piano” (Star Times, Singapore).

Rashkovskiy began playing piano at the age of 5, composing at 6 and performing with an orchestra at 8. From 1993 to 2000 he studied at the Novosibirsk State Conservatory with Professor Mary Lebenzon, and continued his studies at the Musikhochschule in Hannover with Professor Vladimir Krainev and at the École Normale Supérieure Alfred Cortot in Paris with Professor Marian Rybicki.

He is actively engaged in passing his knowledge on to future generations, and will bring this passion to SUNY New Paltz and the PianoSummer class of 2017 at a Master Class on Friday, July 21 at 3 p.m., also at McKenna Theatre. The Master Class is open to the public with a suggested donation of $10 at the door.

Ilya Rashkovskiy’s complete biography, along with video performances and information about recordings available for purchase, can be accessed at http://ilyarashkovskiy.com/.

For more information about PianoSummer at New Paltz, and to purchase tickets to these and other recitals and concerts, please visit http://www.newpaltz.edu/piano/.