The Department of Theatre Arts at SUNY New Paltz presents Sean O’Casey’s Shadow of a Gunman, the first in O’Casey’s “Dublin Trilogy,” examining the revolutionary politics of post-WWI Ireland and their effect on the city’s working class residents. 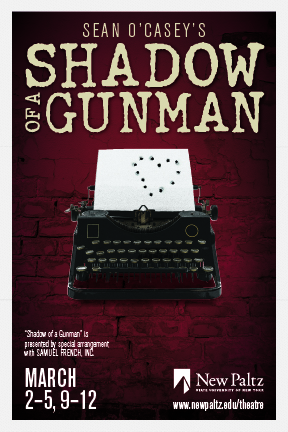 The new production features an all-student cast under the direction of Theatre Arts Chair Jack Wade. Evening performances will be held on March 2, 3, 4, 9, 10 and 11, with matinee performances given on March 5 and 12. All performances will take place in Parker Theatre on the New Paltz campus.

In North Dublin during the Irish War of Independence (1919-1921), the streets are ablaze with guerrilla warfare between the Irish Republican Army (IRA) and the vicious auxiliary force, known as the Black and Tans, sent by the British to crush the rebellion at all costs.

In one tenement house, the young poet Donal Davoren lives among poor, hard-working Irish, Catholic and Protestant alike. In a classic case of mistaken identity, Davoren’s neighbors figure him for an IRA gunman on the run. When he realizes this revolutionary persona may be the key to the beautiful Minnie Powell’s heart, Davoren embraces the false role.

Shadow of a Gunman’s compassionate character portrayals deftly mix tragedy and comedy, as O’Casey guides Davoren through flights of fancy until a sharp twist of fate reveals the life and death consequences of his brazen impersonation. 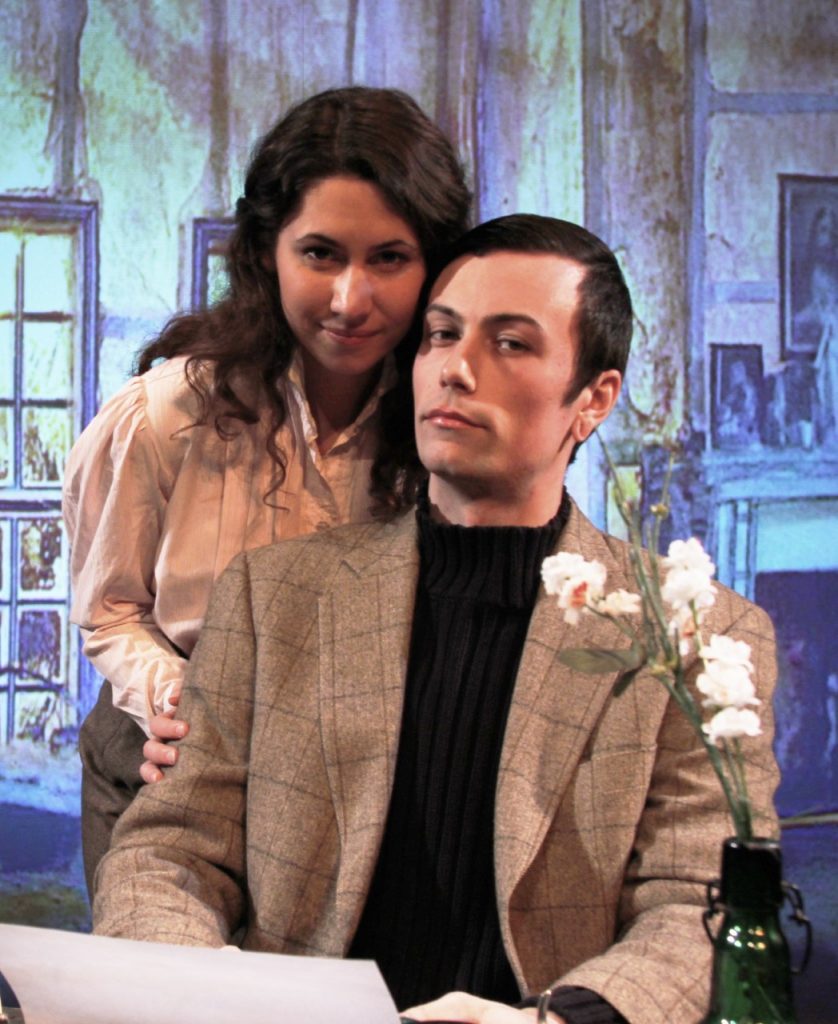 Tickets can be purchased through the online box office at http://www.newpaltz.edu/theatre, or in person at  Parker Theatre. The Parker Box Office opens Feb. 20 with hours Monday – Friday, 11:30 a.m. – 4:30 p.m.

Shadow of a Gunman is presented by special arrangement with Samuel French, Inc. It is generously sponsored by Garvan McCloskey of Garvan’s, New Paltz.

A supplemental panel discussion on “Sean O’Casey’s Dublin and the Irish War of Independence” will be held on March 3 at 6 p.m. in Parker Theatre, and will be free and open to the public. This event will be moderated by Ruan O’Donnell, professor and head of the History Department at the University of Limerick, Ireland. O’Donnell serves as director of the Irish Manuscripts Commission and as the official historian of the Robert Emmet Association, and is the editor of several scholarly anthologies.

About the Director
A theatre generalist, Jack Wade designs lighting and scenery, and directs in the College’s Mainstage Productions theatre program. His designs have been seen off-Broadway and in many regional theatres nationally and internationally. Wade is a member of United Scenic Artists, Local 829, and has been a distinguished mentor of many designers and performers who have gone on to work in the theatre, television and film industries.

Wade’s recent play, Red Masquerade, was recognized for distinguished achievement by the Kennedy Center American College Theatre Festival. He is a recipient of the Theatre Crafts International Award for Outstanding Achievement in Theatrical Design and Technology and the SUNY Chancellor’s Award for Excellence in Teaching.