A screening of the documentary “Newtown” will be held at SUNY New Paltz at 6:30 p.m. on Tuesday, March 7, in Lecture Center room 102. The event is free and open to the public.

Filmed over the course of three years and directed by award-winning filmmaker Kim A. Snyder, “Newtown” documents the aftermath of the Dec. 14, 2012 attack on Sandy Hook Elementary School, the deadliest mass shooting of schoolchildren in American history. This moving film explores what happens to a community after it becomes the epicenter of a national discussion, and what is still left to cope with after the cameras leave. 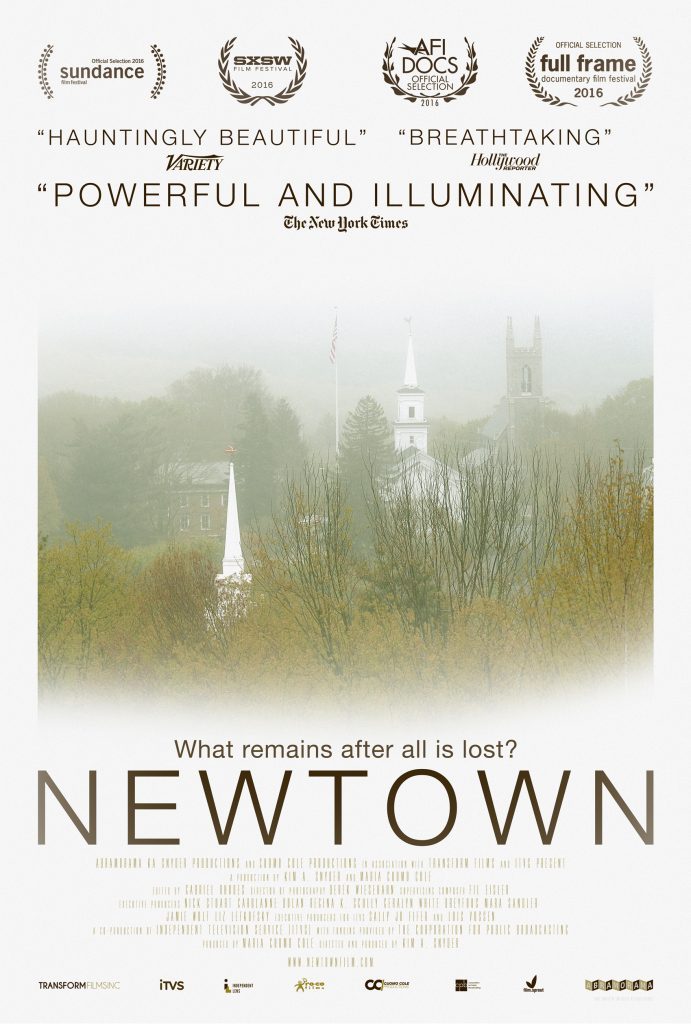 The screening will be followed by a panel discussion that will give New Paltz students, faculty, staff and community members an opportunity to hear directly from members of the Newtown community.

The panel will be moderated by Lisa Phillips, associate professor of journalism and a native of Newtown.

This event is sponsored by the James H. Ottaway Sr. Visiting Professorship in Journalism and the Institute for Disaster Mental Health at SUNY New Paltz.

Given the difficult subject matter treated by the film, a quiet room staffed by the Counseling Center will be available to attendees throughout the screening and the panel discussion.

More information about the film is available online.