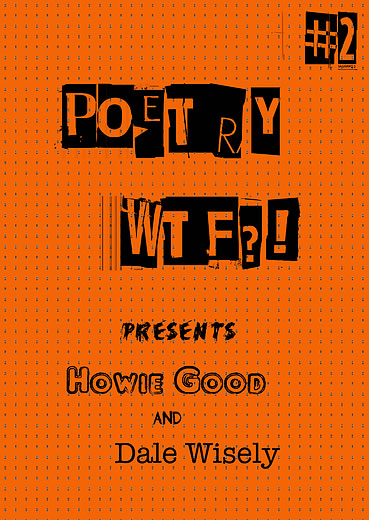 The new release adds another installment to an extensive list of Good’s publications during his 15-year career as a poet. From the publisher:

“Usually, the titles of films and artworks act as headlines and meaningful signifiers, secondary to the works themselves. Poetry WTF?! #2 turns all of that on its head as film and artwork titles take centre stage, turned into the building blocks for a startling series of poems.

“Howie Good’s eye for the unusual picks out evocative phrases and assembles them into a surreal poetic landscape that reveals our collective anxieties and fears, hopes and dreams. Dale Wisely’s subtle illustrations provide the perfect accompaniment.”

Also this month, Grey Book Press announced that another Good manuscript was one of three winners of that imprint’s most recent “Season” Open Reading, with publication of that collection set for later this year.