The Samuel Dorsky Museum of Art at SUNY New Paltz is delighted to present Carl Walters and Woodstock Ceramic Arts, which will survey the 40-plus-year career of Carl Walters (1883–1955), a pioneer of modern ceramic arts in America.

Curated by Tom Wolf, professor of art history at Bard College and renowned expert on the Woodstock Art Colony, Carl Walters and Woodstock Ceramic Arts will be on view at The Dorsky from Feb. 4 through May 21, 2017.

A public opening reception will be held Saturday, Feb. 4, from 5-7 p.m. The Dorsky is organizing additional gallery talks, lectures and hands-on activities to allow spring museum visitors to engage with Walters’ legacy. 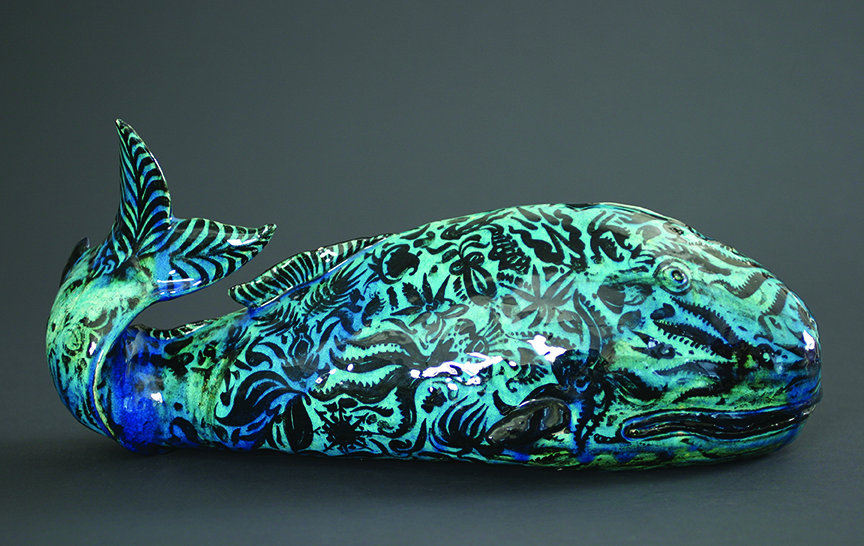 At a cultural moment when ceramic sculpture plays a vital role in the contemporary art world, this exhibition will bring attention to one of the most prominent early practitioners of the medium in the United States.

Carl Walters and Woodstock Ceramic Arts will feature approximately 30 examples of the artist’s witty and original three-dimensional ceramic creations, as well as a selection of works on paper, from private and public collections.

The first major exhibition of Walters’ work since the 1950s, this show situates him squarely within the context of the history of ceramic arts in Woodstock, tracking his association with the Byrdcliffe colony in the early 20th century and the Maverick Art Colony in the 1920s and 30s.

The full-color catalogue accompanying the exhibition, the first major publication on Walters since the 1950s, will feature scholarly essays by curator Tom Wolf and modern ceramics expert Adrienne Spinozzi, research associate in the American Wing, Metropolitan Museum of Art.

Funding for Carl Walters and Woodstock Ceramic Arts is provided by the Friends of the Samuel Dorsky Museum of Art and SUNY New Paltz. Additional funding for the catalogue has been provided by the James and Mary Ottaway Hudson River Catalog Endowment.

ABOUT THE CURATOR
Tom Wolf is professor of art history at Bard College, where he has worked since 1971, and a renowned authority on the historic Woodstock art colony. A selection of his publications and curated exhibitions includes Woodstock’s Art Heritage (1987); Yasuo Kuniyoshi’s Women (1993); Byrdcliffe: An American Arts and Crafts Colony (2003), Carl Eric Lindin, from Sweden to Woodstock (2004); Eva Watson-Schutze: Photographer (2009); Peggy Bacon: Cats and Caricatures (2011) and The Artistic Journey of Yasuo Kuniyoshi (2015). He is the recipient of Andrew W. Mellon and Winterthur Museum and Library Fellowships.

ABOUT THE DORSKY MUSEUM
Through its collections, exhibitions, and public programs, the Samuel Dorsky Museum of Art, located at SUNY New Paltz, supports and enriches the academic programs at the college, presents a broad range of world art for study and enjoyment, and serves as a center for Hudson Valley arts and culture. The museum is gaining wide recognition as the premier public showplace for exhibition, education, and cultural scholarship about the Hudson Valley region’s art and artists from yesterday and today. With more than 9,000 square feet of exhibition space distributed over six galleries, The Dorsky Museum is one of the largest museums within the SUNY system. The Dorsky was officially dedicated on Oct. 20, 2001. Since then it has presented over one hundred exhibitions, including commissions, collection-based projects, and in-depth studies of contemporary artists including Robert Morris, Alice Neel, Judy Pfaff, Carolee Schneemann and Ushio Shinohara.

For more information about The Dorsky Museum and its programs, visit http://www.newpaltz.edu/museum or call (845) 257-3844.