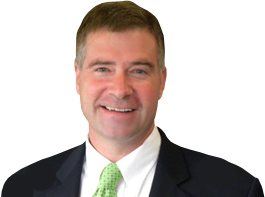 Gibson will reflect on his experiences in Washington, the recent Presidential election and his vision for the future. It will be a full and frank discussion and will include an opportunity for audience questions.

Chris Gibson is a three-term Republican Congressman representing New York’s 19th Congressional District in the Hudson Valley and Catskills region. Having earned plaudits for his independent and bi-partisan approach to governing, Gibson is honoring his self-imposed term limits and retiring from Congress.

“In an era of great national political division, there is a near consensus in the Hudson Valley that Chris Gibson has provided extraordinary service to our district and the nation during his time in Congress, as he did previously as a decorated military officer,” said Benjamin Center Director Gerald Benjamin. “We are pleased to have this opportunity to join in offering Congressman Gibson a chance to reflect on his experience, and provide his views on the challenges that face us in the months and years ahead.”

Gibson rose to the rank of colonel in the Army, where he served 24 years on active duty after five years in the National Guard.  He holds a Ph.D. in government from Cornell University. Beginning in 2017, he will teach leadership studies as a member of the faculty of Williams College.

About the Benjamin Center
The Benjamin Center (formerly CRREO) was established in 2007 to further engage SUNY New Paltz with communities, governments, not-for-profits and businesses across our region. The center conducts and publicizes research on regional topics; creates and directs select institutes focusing on specific areas of regional interest; connects and partners with local governments, not-for-profits and businesses to initiate reforms and advocate for best practices; contracts to assess the performance of public and not-for-profit agencies and programs; and works to foster intergovernmental collaboration and community engagement.

More information about the Benjamin Center is available online.