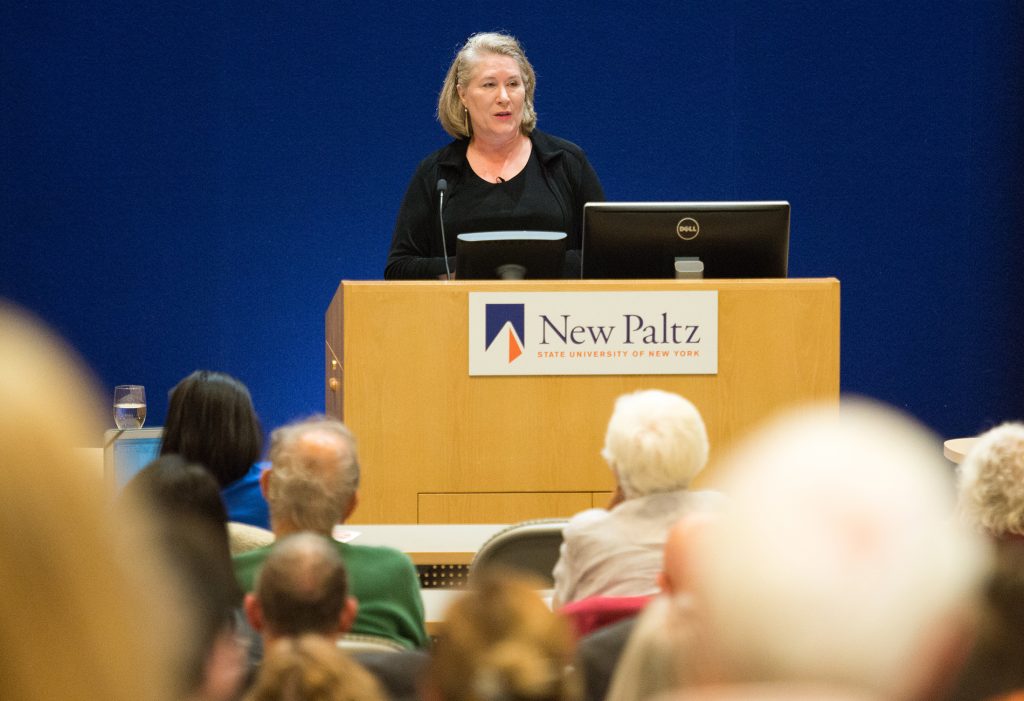 Atkinson organized her remarks around the theme of “The Fierce Urgency of Now,” a phrase originally deployed by Martin Luther King, Jr. to articulate a need for collective action. While King’s usage occurred in the context of the movement to achieve civil rights in the United States, Atkinson arguef that now is the time for urgent action toward securing baseline human rights internationally.

“For several decades, including the time I’ve been involved with Physicians for Human Rights, the world seemed to be pushing the agenda for human rights forward: demanding fairness, equity, accountability and justice. But recently this movement forward has slowed down, stopped, and in some places, even reversed,” she said.

Atkinson posed a direct charge to the many students in attendance: that advances in global human rights will come not from the most empowered international entities, but from the grassroots – the individual activists, students and everyday people who stand up and work for change.

Atkinson’s impassioned talk is emblematic of the value that the Distinguished Speaker Series has brought to students and community members since its foundation in 2008.

“Our Distinguished Speaker Series, now in its ninth season, has become a signature event for the College, connecting students, faculty, staff alumni and members of the community with well-known authors, policy leaders, science and media experts, businesspeople and other luminaries here on campus” said President Donald P. Christian. “The series also supports our goal to be a cultural and intellectual hub for the Hudson Valley and beyond.”