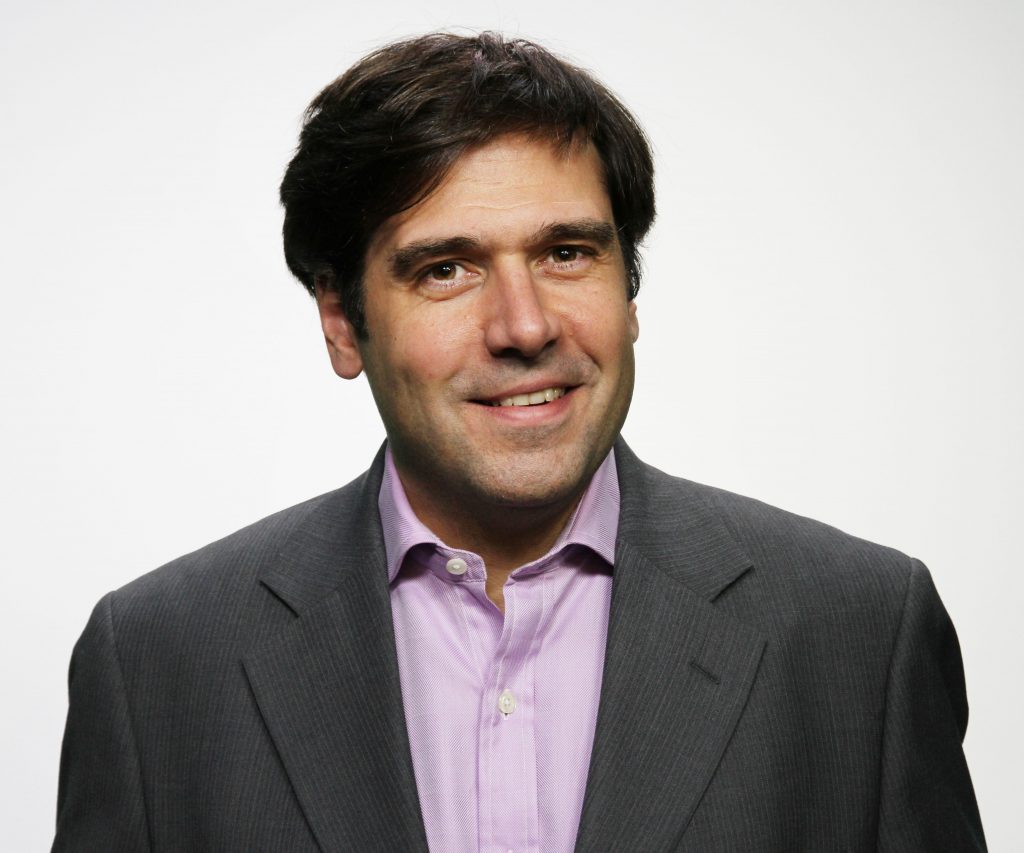 Cox will join the faculty in the spring of 2017 to teach an upper-level journalism seminar called “Financial Journalism and the Business of Media.”

Cox is the global editor of Reuters Breakingviews, the financial commentary division of Thomson Reuters. He helped found that publication in 2000 and guide it through its expansion into the United States in 2004 and its acquisition by Thomson Reuters in 2009.

He is a frequent contributor to CNBC and has written opinion pieces for the Wall Street Journal, BuzzFeed, Newsweek, USA Today and other publications.

A resident of Newtown, Conn., Cox also helped found Sandy Hook Promise, an organization dedicated to preventing gun violence that formed in the wake of the 2012 massacre at Sandy Hook Elementary School. Cox visited New Paltz during the fall 2015 semester to speak with psychology, journalism and disaster mental health students about his career and his experiences working with this group.

As the 2017 Ottaway Visiting Professor, Cox will share ideas about journalism and the media with students, faculty, staff and community members at public lectures and events, in addition to leading the “Financial Journalism and the Business of Media” seminar.

The first of these will be an introductory Q & A with President Donald P. Christian, Monday, Feb. 6 at 6 p.m. in the Honors Center.