President Donald P. Christian is among this year’s recipients of the prestigious Eleanor Roosevelt Val-Kill Medal, presented annually to recognize people who have made significant contributions to humanitarian causes in their communities and fields. 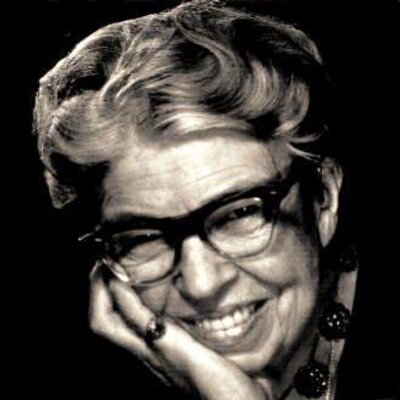 The medal is presented in commemoration of Eleanor Roosevelt’s efforts to create and promote social justice for all global citizens, through education and advocacy.

“I am humbled and honored to receive this year’s Eleanor Roosevelt Val-Kill Medal, on behalf of all the people who work to make SUNY New Paltz the distinctive institution that it is,” President Christian said in accepting the medal on the grounds of Roosevelt’s home in Hyde Park, N.Y., on Oct. 16.

“Despite countless honors and accomplishments in her life, Mrs. Roosevelt considered the crafting and passage of the Universal Declaration of Human Rights to be her supreme lifetime achievement,” said Kathleen Durham, executive director of the Eleanor Roosevelt Center at Val-Kill (ERVK). “As the President of SUNY New Paltz, Donald P. Christian brings the Declaration to life through the educational opportunities New Paltz offers its students and the community.”

More information about the Eleanor Roosevelt Center at Val-Kill can be accessed online.

Good afternoon. Pamela, thank you for that kind introduction and for being such a great colleague.

I am humbled and honored to receive this year’s Eleanor Roosevelt Val-Kill Medal, on behalf of all the people who work to make SUNY New Paltz the distinctive institution that it is. I am grateful to my colleagues who are here today. I thank Kathleen Durham and the Board for this special recognition. I also want to acknowledge my fellow honorees Danny Glover, Sandra Lee, and Mikaila Ulmer. It is an honor to be in such accomplished company. I thank my wife Sandy for her support throughout my career, and my son Paul for being here today.

I draw inspiration daily from reading the quote by Eleanor Roosevelt on our refrigerator magnet:  You must do the thing you think you cannot do. That’s tremendous advice for a College president, and I know that her life’s work included a focus on the power of education.

The State University of New York at New Paltz – SUNY New Paltz – is only 30 minutes from here and Eleanor Roosevelt was a frequent guest to the campus in its earlier forms. I have in my office the shovel used in 1930 by then-Governor Franklin Roosevelt for the ground-breaking of our practice school, and she may have accompanied him on that visit. I felt a deep connection to history when a 1950s alumnus shared his lasting impression, six decades later, of hearing Mrs. Roosevelt speak with students on our Old Main Quad.

In July 1961, she wrote in her long-running My Day newspaper column about a visit to the College at New Paltz. She pondered whether the country had realized the growing demand for educational facilities. She wrote “when I used to go there years ago, it was called a normal school and there were perhaps two or three buildings on campus. She continued. “Now, a few years later, the college has … a new dormitory, and other new buildings…” She wrote of her pride that her son John was on the Board at the College.

I believe she would be proud of the university 55 years later, that I now have the honor to lead. We have grown into YOUR public university in the Hudson Valley, serving almost 8,000 students and touching many aspects of life in the Hudson Valley. New Paltz is among the top 5 public masters universities in our nine-state region according to US News and World Report, and just this week, New Paltz was included in a listing of the 25 most affordable high quality colleges and universities in the nation.

In that 1961 My Day column, she conveyed her belief in the need to change and expand opportunities for higher education. We now have 14 residence halls and dozens of academic buildings, and are completing a new science building and planning a new engineering hub funded by a grant from New York State.

We’ve added new academic programs like mechanical engineering that meets an important workforce and economic development need in the Hudson Valley. Our enrollments in science, technology, engineering, and mathematics have nearly doubled in the past six years, while we have sustained traditional strengths in the arts, teacher education, and the liberal arts and sciences.

We’ve added a distinctive 3D printing and digital design and fabrication program that is recognized nationally. This program provides exceptional learning opportunities for students in a technological era, and contributes to economic development.

I believe Eleanor would be proud of the diversity of our student body, and the value we place on educating students who have historically not been well served by American higher education. This year’s incoming class has more students from under-represented minority groups than any other year in our institution’s history, and those students will graduate at rates well above national averages. Our Educational Opportunity Program, which serves students from economically and academically challenged backgrounds, is widely regarded as the best in the state, and we have just received funding to support more students in this program.

I am proud to be developing a new model for integrating our work in traditional human resources with our diversity and inclusion efforts. This will elevate the attention we pay to the care and development of the college’s people and to better address some of the most challenging social issues our society faces, surrounding race, racism, and other sources of inequity and injustice.

When she wrote about the campus in 1961, Mrs. Roosevelt noted that our students came from 18 different countries, and reflected on the importance of linking our educational programs to the broader world. Today, New Paltz enrolls more than 600 international students from more than 30 countries across six continents. Nearly one-quarter of our graduates have studied abroad – better than double the national average. We have educational programs at the United Nations that provide our students with exceptional learning opportunities in ways that Mrs. Roosevelt would surely value.

We’re proud to join area community colleges in a rich ecosystem of higher education opportunities in the Hudson Valley, including the marvelous partnership between Dutchess Community College and SUNY New Paltz that is a very significant bridge across the Hudson River – thank you, Pamela!

I will close by stating how meaningful this award is, for me as the College’s president and for the great work of our students and faculty and staff, past and present. It is gratifying to see that we have grown in ways that resonate with Eleanor Roosevelt’s work, life, and values.

I again thank the Eleanor Roosevelt Center at Val-Kill for this prestigious honor. Thank you.