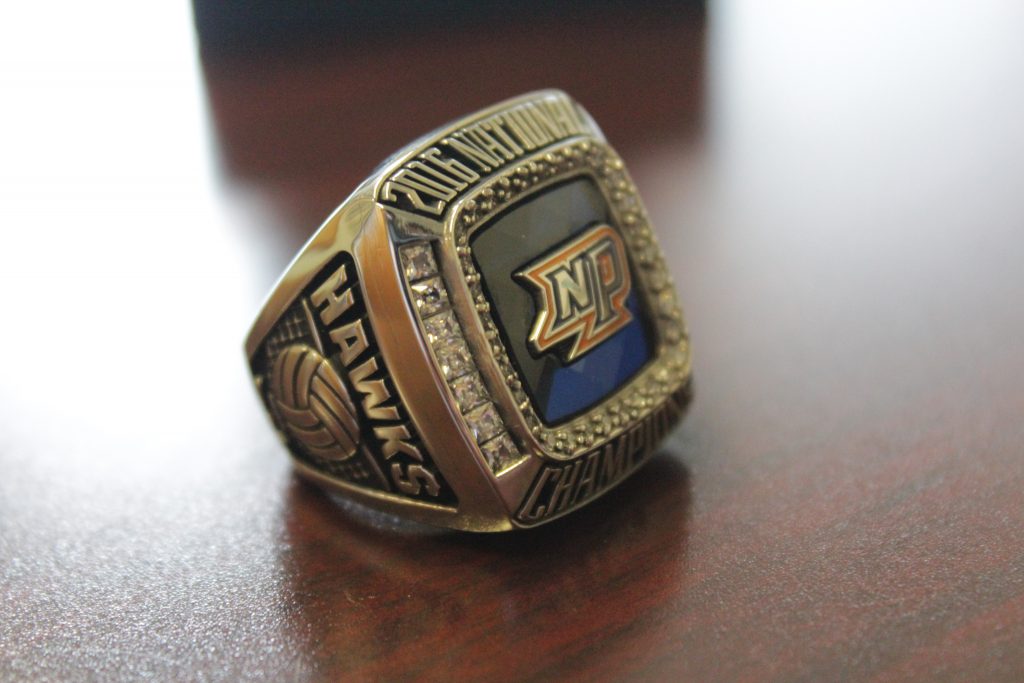 The 2016 NCAA Division III National Champion SUNY New Paltz Men’s Volleyball Team was presented with its rings and gifts during a ceremony on Saturday, Sept. 10 inside the Hawk Center.

President Donald P. Christian joined Director of Athletics, Wellness & Recreation Stuart Robinson in expressing their pride in the accomplishment and extending congratulations to the team.

“This is a very special moment not only for our department but for the history of the College,” Robinson said. “Today we honor the outstanding performance of this team.”

The Hawks finished their season 33-2, going 32-0 against Division III opponents throughout the year. New Paltz went 3-0 in the NCAA Tournament, hosted by Nazareth College, and capped off the title run with a 3-1 victory over Springfield College to claim the first-ever NCAA team championship in New Paltz history.

The Department of Athletics, Wellness & Recreation and the Men’s Volleyball Team extend a special thanks to Campus Auxiliary Services for their support on this special recognition. 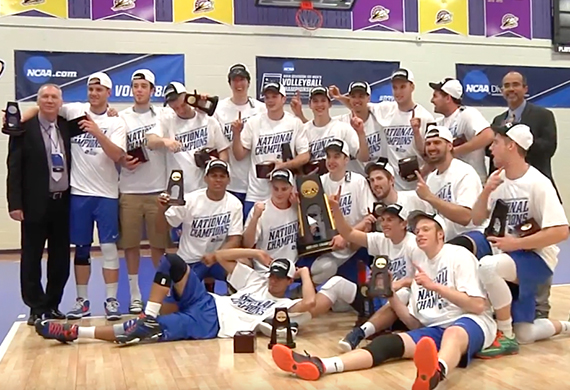