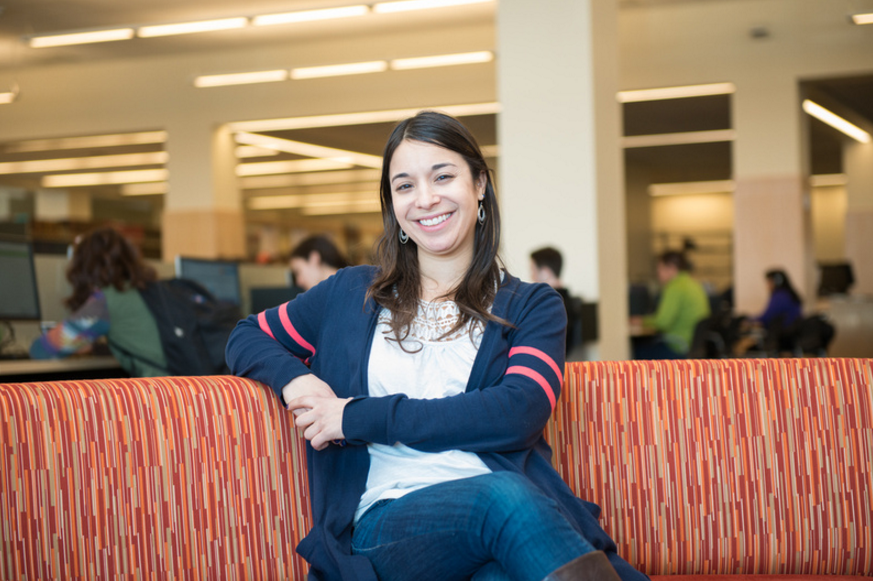 I still remember my first day, I was very nervous because Broadway is such a known name, and it really means something to a lot of people. I anxiously walked into the theatre and realized yes, it was beautiful, but it was also a place that I am often very comfortable in and so I was immediately confident. I had to change out the microphone on the lead, a man who won a Tony for Best Actor, and you know what? I did it.

I realized right then that yes, it’s Broadway, but it’s theatre and my education prepared me for this.

I’ve wanted to work for Broadway in some capacity my entire life and now as an audio engineer for National Tours and Broadway I am able to work with the best of the best. I have worked on the national tour of “Guys and Dolls,” “The Grinch Who Stole Christmas,” “Matilda” and “Kinky Boots.”

Renee Levine graduated in 2010 with a bachelor’s degree in theatre arts. She is a member of the stagehand union International Alliance of Theatrical Stage Employees (IATSE) specializing in audio. Her first job out of college was traveling with the Big Apple Circus as the sound assistant. Since then, Levine has been a part of the audio departments for numerous Broadway tours, including “Elf,” “Hello Dolly,” starring Sally Struthers, “We Will Rock You,” “Grinch,” “Matilda,” and many others. She has also had the opportunity to work in New York for The Public Theater, Playwrights Horizons, and for the Broadway production of “Kinky Boots.” She is currently on the road with the national tour of “Bullets Over Broadway.”