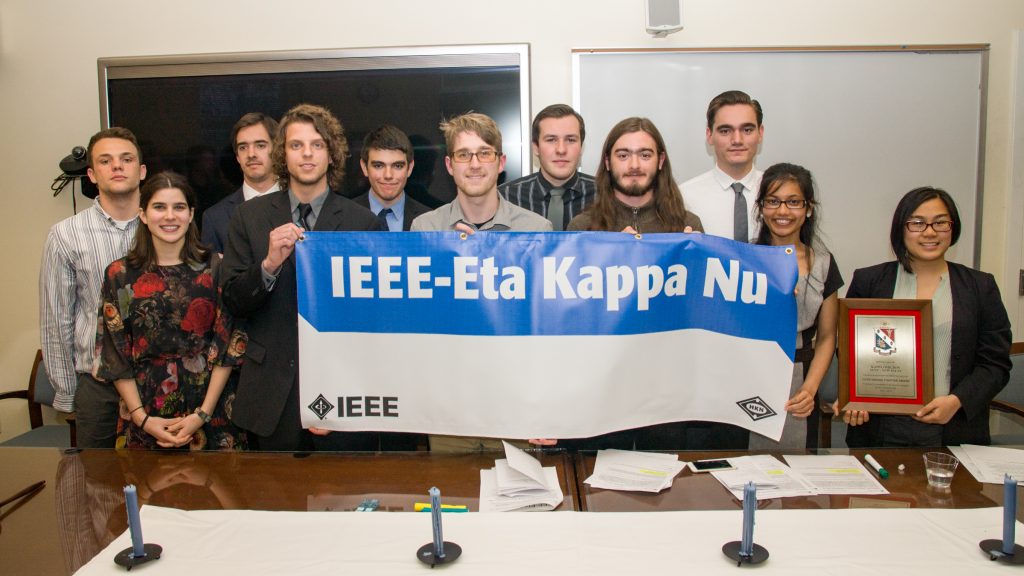 The SUNY New Paltz chapter of the Institute of Electrical and Electronics Engineers (IEEE) Eta Kappa Nu (HKN) honor society is one of just 22 international member chapters to be named Outstanding Chapter for the 2014-15 academic year.

More than 200 chapters were eligible for this distinction, which recognizes excellence in chapter administration and programming. At New Paltz this comprises academic services like tutoring and classroom support, homages to the HKN tradition that include a ceremony recognizing the founders of electrical engineering, and community events for stress relief during finals week.

This is the first time New Paltz’s Kappa Omicron chapter has been recognized with this distinction from the IEEE, a reflection of the development and growth of the College’s electrical engineering program.

“For the first time this year we’ve had more than 20 active members, who understand the goals of the society and the needs of the department,” said Malaika Queano ’16 (Electrical Engineering), who served as chapter president during the 2015-16 academic year. “With that additional manpower we’ve been able to offer more tutoring sessions and look ahead to planning larger, campus-wide engineering events. We serve as a support system for the department and the students, so a lot of our focus is on helping them with whatever they need and connecting people who may not know each other.” 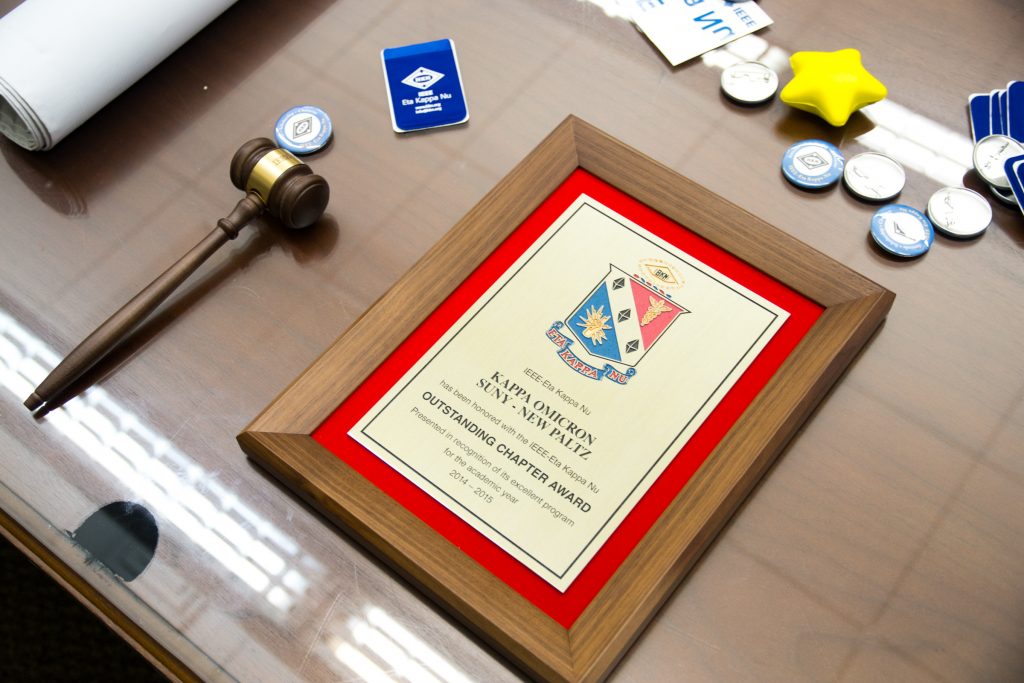 As enrollment in electrical engineering has increased, the HKN has been able to add to its numbers and expand its services to the community. It has done so while remaining focused on preserving the benefits for students that come along with smaller class sizes.

“This program is still relatively small, but that’s something we’re proud of,” Queano said. “At a larger school, you might take classes with a TA, which can be especially difficult given the amount of material you need to cover in engineering. Here, the faculty are great, and you get to know them on a face-to-face basis working so closely with them. It’s a priority to preserve that facetime with the faculty, and that’s an area where Eta Kappa Nu can make a big difference – as the curriculum changes, it’s really valuable to have an organization that can act like a mediator between students and professors.”

Though Queano and her classmates have graduated, the future of the HKN at New Paltz remains bright. On May 4, the society celebrated the IEEE Outstanding Chapter award at its annual induction ceremony, and welcomed in a new group of students to help strengthen and expand the opportunities for fellow electrical engineering students.

“We have more inductees than ever before, because there are more students in engineering to represent,” Queano said. “We’re trying to lay the groundwork to someday be able to reach out further into the community, and we feel like we’ve made a lot of progress toward that goal.”

More information about the IEEE is available online.