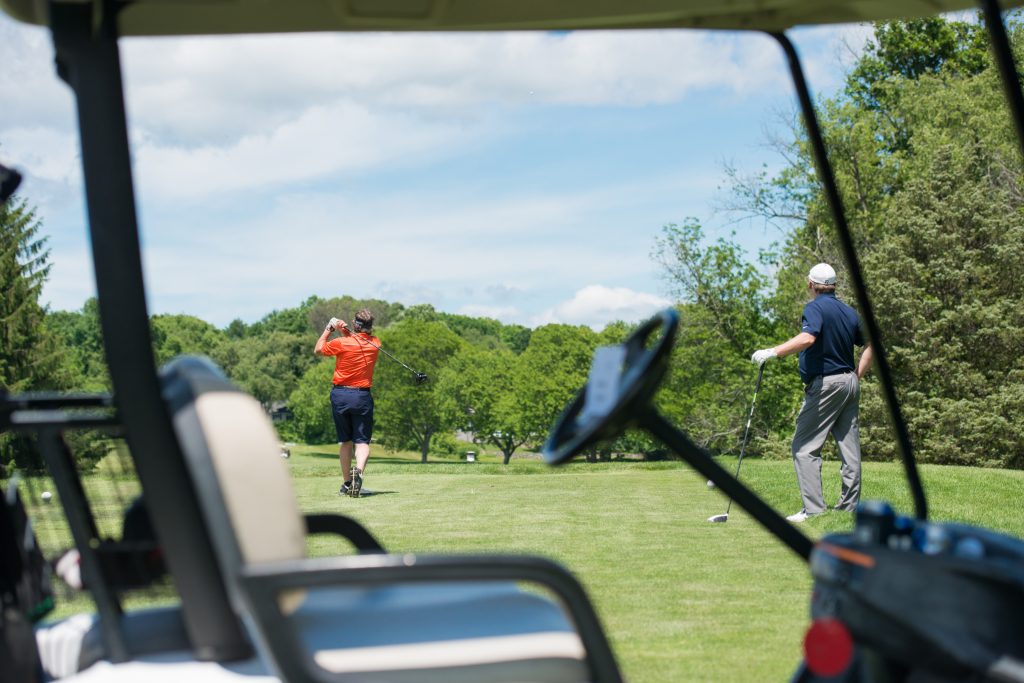 “The Shep,” as the yearly event is known, is held in support of the Fund for New Paltz, which enriches the New Paltz living and learning community in areas of greatest need, providing opportunities for students who require financial assistance to continue their college studies.

The Fund also helps bring a range of notable personalities to campus for the SUNY New Paltz Distinguished Speaker Series, and helps continue College traditions and landmark ceremonies including Convocation, Commencement and Reunion.

This year’s tournament raised more than $65,000 for the Fund for New Paltz.

“We had a wonderful turnout, and the 18th Annual Golf Tournament was a great success!” said Lisa Sandick, program director for special events and sponsorships. “Thank you to our golfers and sponsors who continue to generously support our students’ education and activities through participation at ‘The Shep.’”

Thirty-two teams consisting of a total of 128 participants competed for the best 18-hole score, with the Campus Auxiliary Services II team coming away with first place. Team Hasenbalg and Follet II finished in second and third, respectively. 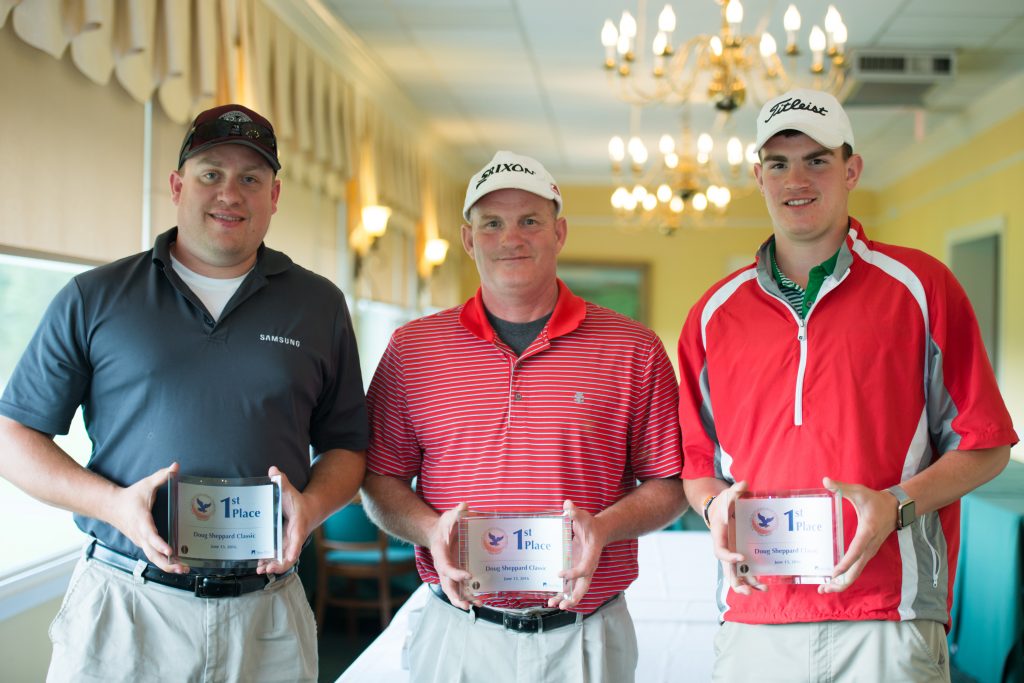 The day’s program also featured a registration breakfast preceding the tournament and an awards and recognition banquet following it. A BBQ lunch was offered to players at the turn.

The 2016 Doug Sheppard Classic was made possible thanks in large part to the generosity of the following major sponsors:

About the Doug Sheppard Classic

The tournament is named in memory of longtime professor, administrator and coach Doug Sheppard, who died in 2008. Shep, as many knew him, was New Paltz’s golf coach for 32 years and an avid player, a familiar fixture at local golf courses and tournaments.

More information about “The Shep,” including photos and video from this year’s tournament and complete sponsorship information, is available online.