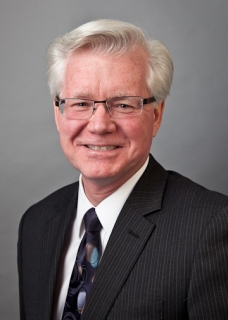 Dr. L. David Rooney has announced his retirement as Vice President for Student Affairs, effective June 30, 2016. Rooney will depart SUNY New Paltz after a 14-year career as a campus leader, during which he made substantial contributions to the Division of Student Affairs and to the array of student-centered facilities and activities this campus provides.

“As college president, I am grateful for Dave’s many valuable contributions to the quality of student life at SUNY New Paltz, to the overall welfare of the College and to public higher education for the last 38 years. We’re a much better institution than we were, thanks to his efforts,” said President Donald P. Christian. “I have particularly appreciated his steady hand during times of crisis, both in his capacity as VP for Student Affairs and as supervisor of the University Police. We thank him for his continuing service in this position through June, and wish him well in his pursuits following his departure.”

Rooney joined New Paltz in 2002 as a seasoned student affairs professional, having served in increasing roles of responsibility at public university systems in Wisconsin, Arizona, Texas, California and Pennsylvania before coming to New York.

During his tenure at the College he has guided and overseen a number of key operational units providing a safe and welcoming student experience, including Campus Auxiliary Services, as it moved to expand healthful food service options to all areas of campus; Residence Life, which has successfully developed and introduced a number of living-learning communities; the University Police Department, where he made it a priority to diversify the personnel; and Athletics, Wellness and Recreation, where he directed student fee-based resources to enhance athletic programs and facilities.

These accomplishments in diverse areas of campus services complement Rooney’s exceptional leadership of the Division of Student Affairs, which consists of roughly 130 employees and includes student services such as the highly acclaimed Educational Opportunity Program, which has had the highest graduation rates of all SUNY Educational Opportunity Programs; the Student Health Center, which has become a model for health center restructuring across SUNY; the Career Resource Center, Psychological Counseling Center, the Campus Media Center, Student Health, Judicial Affairs and the Student Association.

Rooney also delivered a high degree of experience and acumen with student-centered facilities, which contributed significantly to the construction and opening of the Athletic and Wellness Center, a new track and artificial turf field, the opening of a new 200-bed residence hall, and the addition of the Atrium to the Student Union Building. Each of these projects has led to a significant increase in student satisfaction with the Student Union and Athletic and Wellness services.

SUNY New Paltz is in the process of forming plans for interim leadership and will name an Interim Vice President as soon as possible. This effort will be followed by the initiation of a national search to fill this vital position on a permanent basis.

Details about a reception honoring Vice President Rooney’s years of stellar service to New Paltz will be forthcoming.