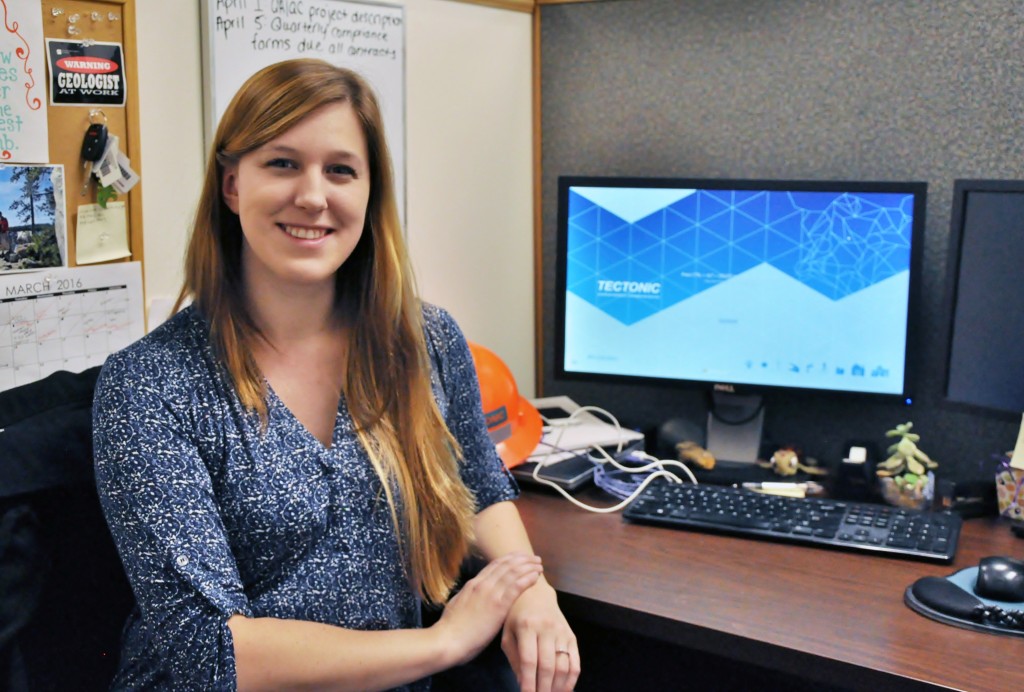 Within two years of graduation, Alaina Walag ’14 (Geology) has found fulfilling employment with the New York State Office of the Governor.

As a staff member in the NY RISING Small Business Recovery Program in Manhattan, Walag provides funding to small businesses in New York state affected by Superstorm Sandy, Hurricane Irene and Tropical Storm Lee, including some in New Paltz and throughout Ulster County.

“I have been working professionally for just over a year now and I have already been promoted many times for my achievements,” said Walag. “I have SUNY New Paltz to thank for my superior education and preparing me for my career.”

As a New Paltz student, Walag was employed part time as a geologist for a local engineering consulting firm, Tectonic Engineering. She was promoted to project manager soon after earning her degree for the company’s main client, The Governor’s Office of Storm Recovery. It was through this work that she was later contracted with NY RISING. The program awards grants of $50,000 or more to independently owned and operated small businesses that suffered loss during recent storms.

As a grant underwriter and case manager, Walag has provided more than $4 million in grant funding to 103 businesses in New York state, and counting.

“It is very exciting and I could not have envisioned this a little over a year ago when I was still a student,” said Walag. “I couldn’t have predicted that I would be where I am today, but I know that I was best prepared because of my coursework, writing experience, critical thinking abilities and because of the opportunities I was afforded at SUNY New Paltz.”