Two faculty members in the SUNY New Paltz School of Fine and Performing Arts, both affiliated with the School’s vaunted Metal Program, have received recognition for their work outside the classroom. 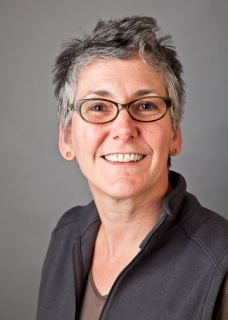 Professor and Head of the Metal Program Myra Mimlitsch-Gray has been inducted to the College of Fellows of the American Craft Council (ACC), in recognition of her outstanding artistic and scholarly achievement, leadership and service in the field of craft.

The Council has bestowed the title of Fellow to artists and other individuals in the field since 1975. Candidates for this prestigious honor are nominated and elected by their peers. The 2016 ACC Awards gala will take place on Oct. 14, 2016 in Omaha, Neb. The 2016 recipients will also be featured in the October/November issue of American Craft magazine. More information is available at the ACC’s website. 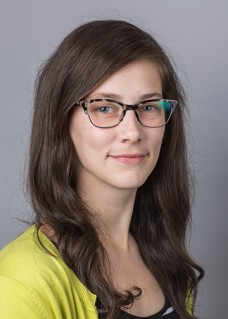 Assistant Professor Lynn Batchelder ‘13g, herself an alumna of the Metal Program, has won the 2016 Art Jewelry Forum Artist Award, which acknowledges promise, innovation and individuality in the careers of rising artists age 35 or under. Batchelder was chosen from a record number of applicants (151 entries from 35 countries).

“Batchelder’s studio practice relies on a drawing process where forms and ideas develop intuitively through the initial exploration of a line on paper. Industrial steel becomes transparent and delicate as cuts made with the jeweler’s saw reflect the quality of a line drawn by hand. Batchelder strives to capture small moments of contrast where control and imperfection collide.

“Impressed by Batchelder’s work, Philip Clarke described it as ‘[a]ppearing almost mechanically made at a distant glance … the character of the human hand and frailty is evident. I found that the maker was able to explore a range of ideas within the quite formal framework that they had created.’ Seulgi Kwon reflected on the pieces having ‘exceptional structural and sculptural beauty. They are designed to deliver strong feeling and a simple message through the natural color of metal itself.’ Susan Kempin added, ‘I love the clean lines, the simplicity and yet the complexity of the pieces … to me there is only perfection here.’”

As 2016 Art Jewelry Forum Artist Award Winner, Batchelder will receive a cash award, and her work will be exhibited by Platina Gallery at Schmuck international art jewelry fair in Munich, Germany, Feb. 24 through March 1.

“The simultaneous acknowledgement of Myra as a well-established and respected artist, and Lynn as an emerging artist, is an exciting opportunity to view both the ongoing strength and future of our Metal program,” said Dean of the School of Fine and Performing Arts Jeni Mokren. “They are practitioners of the highest caliber and serve as excellent examples to their students of what professional practice looks like.”

The Metal program at SUNY New Paltz is one of the largest and best-regarded graduate metal programs in the country. In 2009, the U.S. News & World Report named the New Paltz Master of Fine Arts Program in Metal/Jewelry number one in the nation on a list of America’s best graduate schools.

More information about the Metal Program is available online.