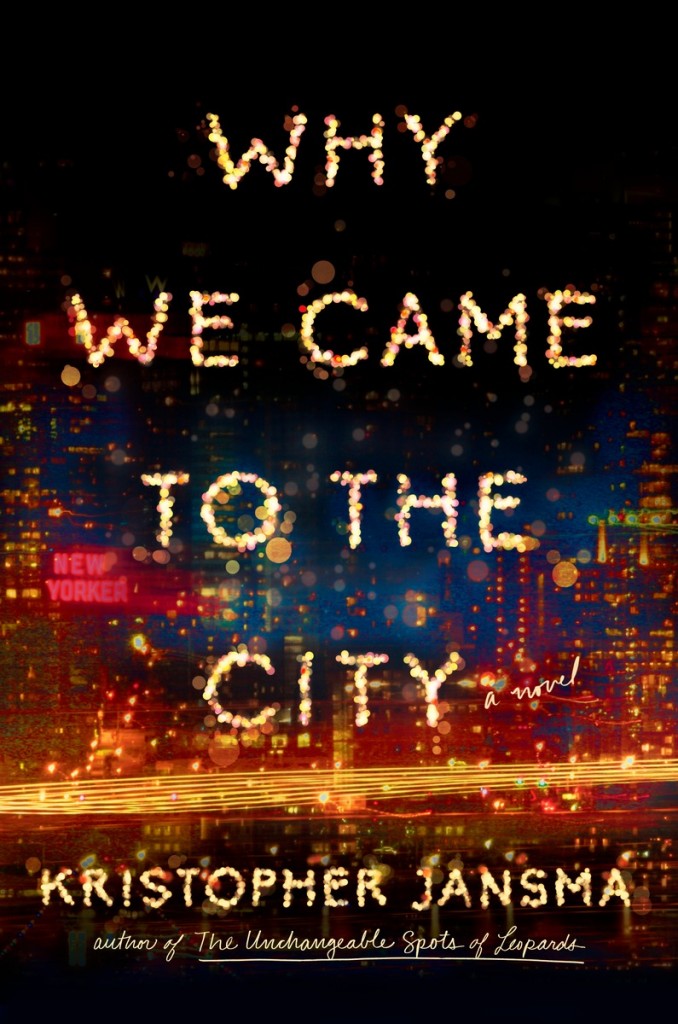 Assistant Professor of English Kristopher Jansma’s latest novel is Why We Came to the City, a personal homage to New York City in the 21st century that doubles as Jansma’s first effort to write about his experiences caring for his younger sister while she fought a terminal illness.

Why We Came to the City, available Feb. 16 from Viking Books, follows a tightly knit group of twentysomethings living and working in a New York City shaken by the aftershocks of the 2008 economic meltdown. Jansma’s second novel is a coming of age story about this group of overworked, underpaid young professionals as they struggle to transform their lives and sustain their friendships in the face of immense loss.

This novel follows Jansma’s award-winning debut The Unchangeable Spots of Leopards, which was published to wide critical acclaim in 2013. Jansma’s approach to writing that book differed significantly from the process that produced Why We Came to the City, a fact he points to in conversation with New Paltz students in the creative writing courses he leads.

“One big thing I’ve learned is that every novel, and every story for that matter, comes with a whole new set of rules, and you have to reinvent the process each time you come to the table to write,” Jansma said. “My first novel was born out of a series of short stories, which I wrote with no sense at first of how they’d eventually come together. For Why We Came to the City I immediately tried this same approach, and ended up utterly lost – I had to sit down and plan out the entire plot before I could write any more of it.

“I teach my students this lesson, that what works the first time may not work the next. There’s no one way to write a great story, no one style that must be adhered to, no single opinion that matters above all others. My students learn to listen to what the class tells them in workshop, but at the end of the day it is up to them, working through these problems fresh, every time, to construct something that no one has ever seen before.”

Jansma’s shorter writings have appeared in The New York Times, The Believer, Story, The Millions, ZYZZVA, Slice, and the Blue Mesa Review. Click here to read a selection from “Chumship,” published in the Winter 2015 issue of ZYZZVA.

More information about the English Department at SUNY New Paltz is available online.