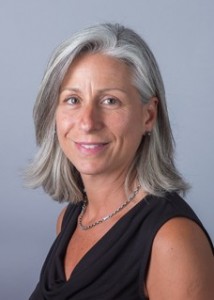 Eve Waltermaurer, director of Research & Evaluation at The Benjamin Center for Public Policy at SUNY New Paltz and associate professor of sociology, has been appointed to the New York State Women’s Suffrage 100th Anniversary Commemoration Commission.

The Commission was created by an act of the state legislature in 2015. Its purpose will be to plan and organize a series of events, programs and dialogues across the state to celebrate the centennial anniversary of the achievement of national women’s suffrage via the 1920 passage of the 19th Amendment to the U.S. Constitution.

“This marks a significant event both for New York State and the U.S., as New York’s provision of granting women the right to vote propelled the rest of the nation to follow suit,” Waltermaurer said. “This milestone allows us to call significant attention to the experiences of women in our state in the past and the present while setting future agendas toward improved gender equality. I am honored to have been selected.”

The Commission will plan and organize events that emphasize and honor the central role played by women’s rights activists and advocates based in New York.

Waltermaurer has been conducting research on violence against women and women’s health over the past 20 years, has published 16 papers on these subjects and created a documentary film that addresses them.

She was appointed to the Commission by State Assembly Speaker Carl Heastie, who was a recent visitor to the New Paltz campus. Waltermaurer will join a team that includes the president of the League of Women Voters of New York State, the superintendent of the Women’s Rights national Historical Park and the president of the Susan B. Anthony Museum and House, among other appointees.