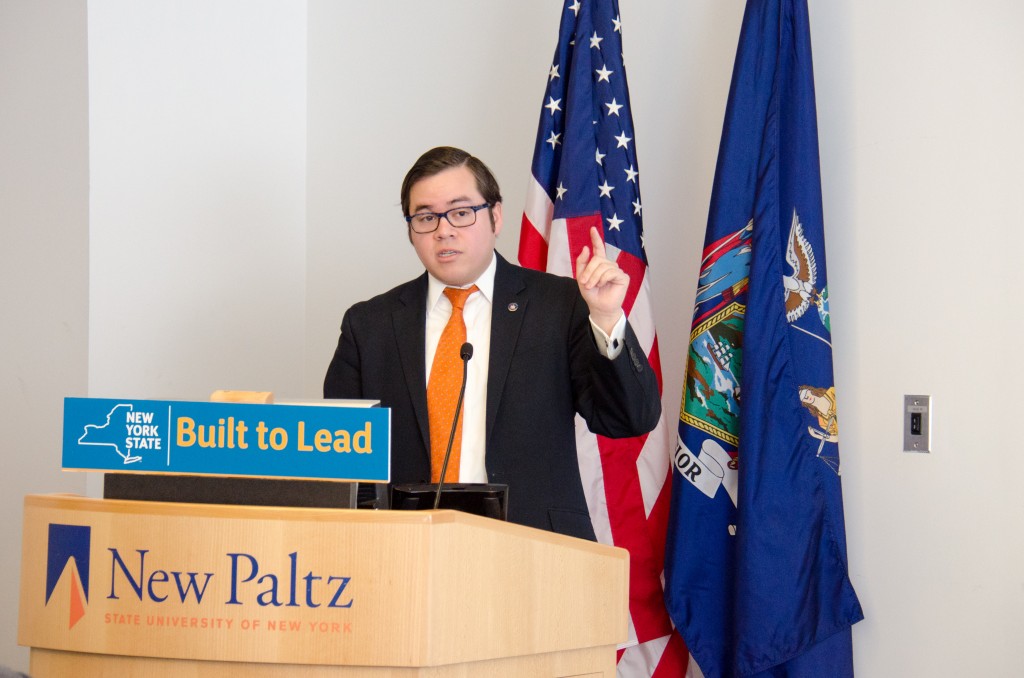 Jorge Montalvo, director of the New York State Office for New Americans, visited SUNY New Paltz on Jan. 26 on behalf of Governor Andrew Cuomo, to deliver a presentation outlining the Governor’s State of the State and budget proposals for 2016.

“It’s fitting that Governor Cuomo would choose to hold the Ulster County regional presentation of his State of the State and budget address at New Paltz, as the College is the public university in the Hudson Valley, and plays a significant educational and economic role in the development of the Hudson Valley region,” said President Donald P. Christian. “We take seriously our role in convening events of this nature, which allow regional citizens to learn about the many policy decisions and proposals that may impact their professional and personal lives this year and in the future.”

In addition to working as Director of the Office for New Americans, which assists newcomers to New York State from other nations, Montalvo is also Deputy Secretary of State for Economic Opportunity. His presentation outlined details of Governor Cuomo’s 2016 agenda, which the Governor shared with the public in the Jan. 13 State of the State address in Albany. A video and transcript of that address can be accessed at this link.

The list of proposals outlined include measures to support higher education investment through an extension of the NYSUNY2020 plan; to use public funds to build new low-income housing units across the state; to institute campaign finance and voter registration reform; and to support the establishment of statewide Broadband internet accessibility, a plan originally announced at SUNY New Paltz by Lieutenant Governor Kathy Hochul.