The Pleasers bringing back that Motown vibe

A few weeks ago we went to one of the local bars, SNUGS HARBOUR to listen to a local band called The Pleasers playing. I didn’t know anything about the band before, I only heard about them because one of the singers goes to the same class as some of the other IIB-students.

Anyway, the band was amazing! They played Motown Music from Marvin Gaye, Jackson5 etc. as well as a song by Amy Winehouse and also their own songs which is in the same type of music style. Everybody was dancing like crazy!

If you get the chance, go see The Pleasers playing!

Snugs is one of the best places here in New Paltz just because they have very nice staff, a cozy atmosphere, nice vibe and always live music. Don’t miss this place when you’re here! 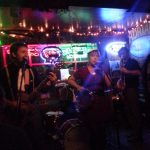 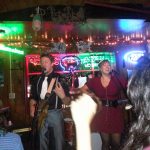 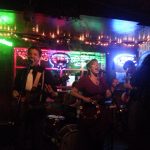