Since Thanksgiving is kind of a huge deal in the US a couple of friends and I decided on celebrating it by arranging a “Friendsgiving” at a friend’s place in Philadelphia. Thursday morning my friend Sofia, who’s also doing her internship in New York, and I caught an early bus to Philadelphia to meet up with our other friends. Anton, a friend from back home who is studying in Philly, had two other friends visiting from Sweden (mutual friends from our hometown). Together with one of his Swedish classmates, who was joining too, it was six of us celebrating together.

The night before we went to Philly, Sofia and I went to IKEA to buy some Swedish holiday food and treats. When we arrived in Philly at noon our friends had prepared tons of Thanksgiving food as well as decorated the house. I’ve never eaten so much in my life! I got to admit that I have a recently discovered soft spot for Thanksgiving food. It’s so good even though it’s a bit heavy.. Our Thanksgiving potluck consisted of a mixture of the traditional Thanksgiving food and Swedish specialties. Below the pictures follows a list of all the food (that I can remember) we had on our Thanksgiving table! 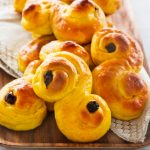 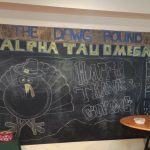 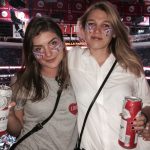 All of Thursday was basically spent eating so Friday night we decided on going to a basketball game (76ers VS Chicago Bulls) which was a blast. It was the first game for me since I moved to New York and it was much more fun than I thought it would be. Especially since we went in a big group. We were cheering for the 76ers, unfortunately they lost big time, but it was quite given that they would lose so we were not too disappointed. We had decided to go out and celebrate either way so afterwards we went out to explore the nightlife in Philadelphia, which was quite different from New York but just as much fun.

I will never forget my first Thanksgiving (but hopefully not last). The entire weekend was amazing, and it was so nice to meet some of my Swedish friends again.