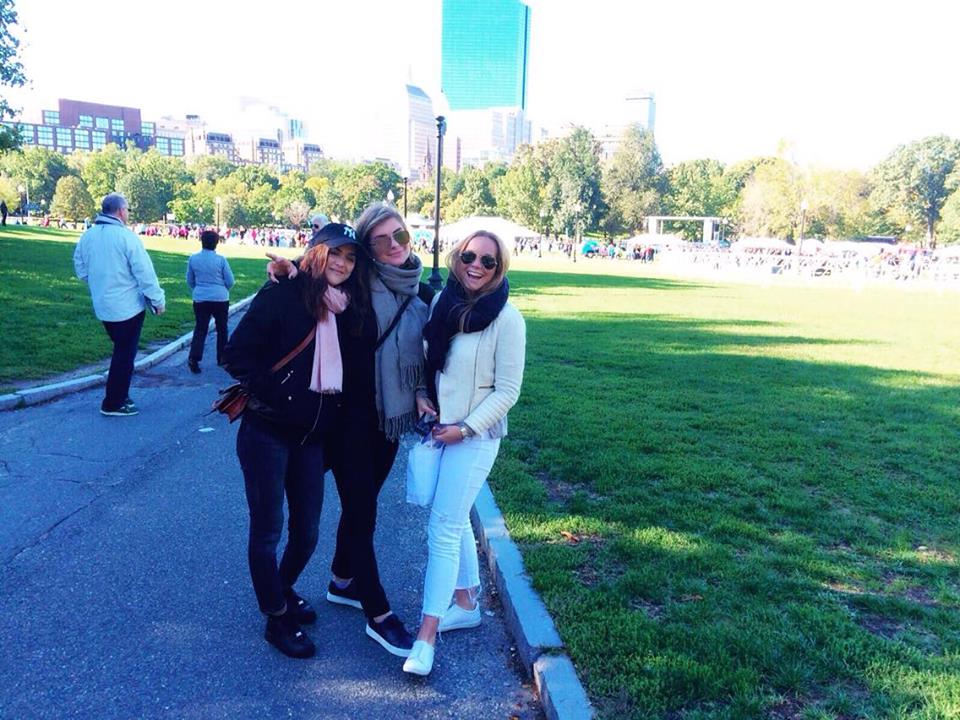 Around four weeks ago Fanny, Paula, Stephanie, Teresa and I decided to sign up for the school trip to Boston, and we got lucky. They only had five spots left, and we took them! Saturday morning we walked to the parking lot in front of the glass pyramid on campus with an aura of excitement. We were going to have a vacation from the vacation, awesome! The bus trip took around four hours and we arrived at the hotel around 3 pm. Directly, we resettled and then took the 4pm-shuttle in to the city. That evening we strolled around, drank coffee, had a great dinner with drinks at a bar and did some late night shopping. It was a perfect start on a girl weekend. Sunday morning started with a breakfast. We all were very surprised that they served scrambled eggs, bacon, bagels and fresh fruit. I guess we all have got used to the breakfast at American Best Value Inn. But as a matter a fact, I am going to miss the mornings in the breakfast area with Gale running around screaming everyone’s name. Back to the trip! After the breakfast we took the shuttle in to the city and we all were ready for good food, shopping and long walks. Unfortunately, the rain was pouring down. It did not stop rain for 12 hours. We bought umbrellas and still kept a smile on our faces. Because of the bad weather we decided to see an afternoon movie at the theater. 5.30pm we walked in soaking wet at the theater and bought tickets for the new Bridget Jones movie. I can tell you guys, it was a very long time ago I laughed that much at a movie. It was hilarious. After the movie we took an Uber to a tapas place that Paula had found and we summed up the day with delicious wine and tapas. And then it was Columbus Day. This day we had a scheduled tour in the morning so we checked out from the hotel at 8.30 and then took the shuttle in to the city at 9.15am. The weather was wonderful but freezing. This was the first time in the States that a have actually been freezing though I had a sweater, jacket and a scarf. After the tour, which lasted in 90 minutes through the main area of the city, we took the subway to the Harvard University. This was amazing. You have seen the university on TV and heard so much about it, so it was so cool to see it in real life. We strolled around on campus, went to the library, grabbed a coffee. We imagined being real students, weird but true. After this adventure is was time to head back to where the bus were suppose to pick us up. I have had a great weekend and I am so glad I signed up for this trip. I have done a lot of shopping, eaten great food and seen beautiful places. If you have not been to Boston, go!