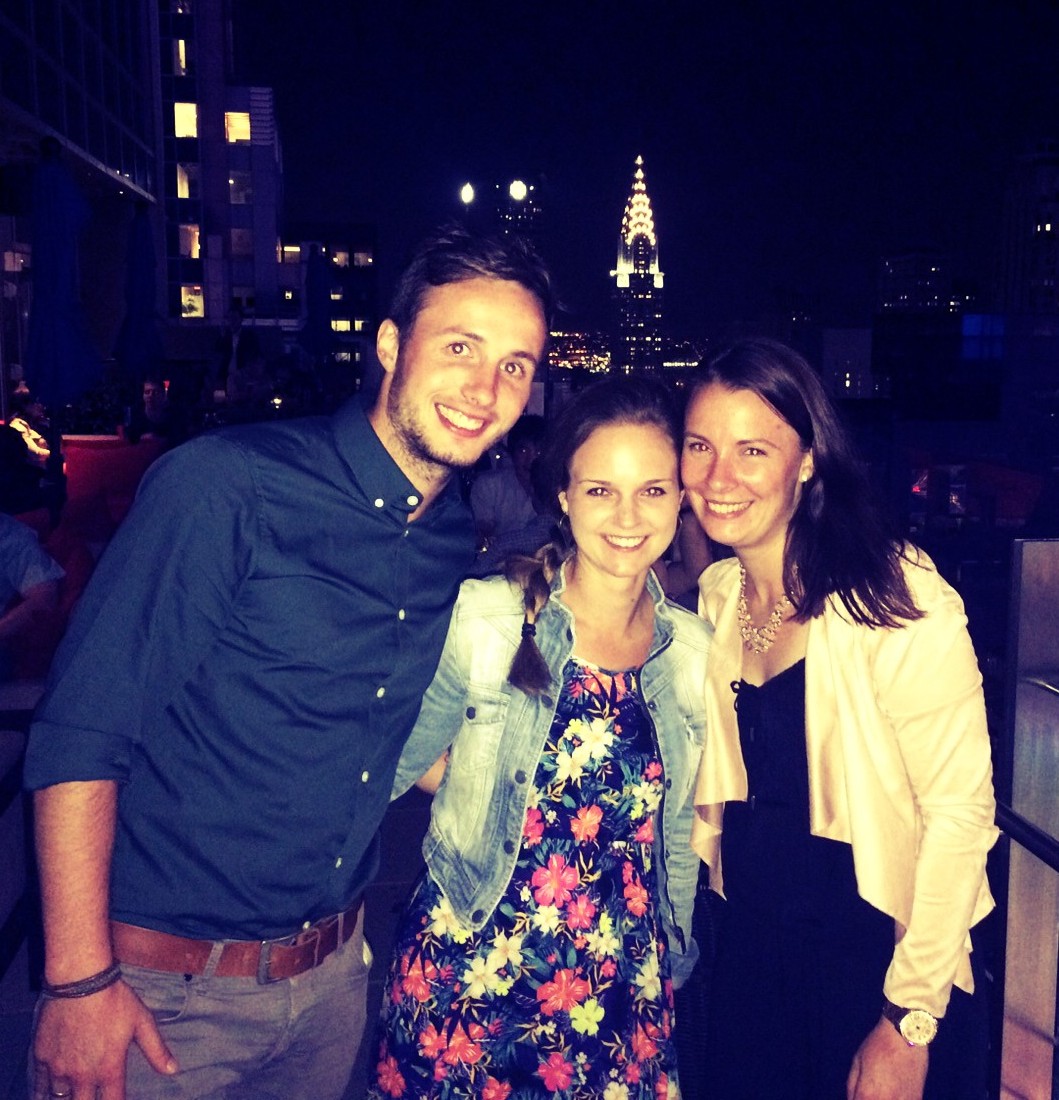 Expect the unexpected – An amazing day in New York City

This day should be different than all other days before – going to New York, conducting the first two job interviews and experiencing the Macy’s Fashion Show. Feeling the freedom and the diversity of New York City as well as getting in touch with the American Business Culture for the first time was an unforgettable experience. Already, as I left the Port Authority Bus Terminal, the difference between the life in New Paltz and New York City was noticeable. I have been overwhelmed by all the impressions and I realized that this feeling is the reason why I am taking part in this international program – to experience diversity. This feeling was a big motivation to do my best during the job interviews. Both interviews were totally different regarding company’s location, the building (outer facade), the interior and the people working for the company. I was impressed by both companies and its various working environment. All interviews have rather been an informal conversation than a formal communication which created a comfortable discussion.

After successful conducted interviews, Karina and I rewarded us by going to the Macy’s Fashion Show – “Macy’s Presents Fashion’s Front Row” – in the theatre at Madison Square Garden in order to gain valuable inspirations for our internships in the fashion industry 😉 Watching the season’s latest fashion and listen to the hottest music by Nate Ruess and Jason Derulo was an unforgettable experience. The show was definitely worth the money because of the show and Macy’s commitment to the awareness and prevention of HIV/Aids.

Even after the show the day didn’t end. The day was still young and Karina convinced me to go for a last drink in the rooftop bar in the Hyatt Hotel (http://timessquare.hyatt.com/en/hotel/activities/hotel-activities/rooftoplounge.html). Without expecting anything Karina and I ordered a cocktail and enjoyed the beautiful view. Suddenly, one man was walking towards our table and talked to us in German. In the first moment I did not realized that he was a friend from Germany because I did not expect him at all. He told me that he was in New York for one week with his girlfriend. I knew before that Germans are everywhere but I never expect that I would meet a friend from my hometown at the rooftop bar of the Hyatt Hotel, approximately 3.800 miles away from Germany. All of us were surprised but we were very happy to meet each other incidentally. Unfortunately, it was only time for one drink because we had to take the last bus home to New Paltz. However, I was really happy of unexpectedly meeting friends. It felt like home.

It was an exciting and amazing day with a perfect final. Sometimes the unexpected can result into a really positive surprise. I like unexpected surprises like this. Thus, open your eyes and look around you, probably your home might be closer than you expect. Great experience!