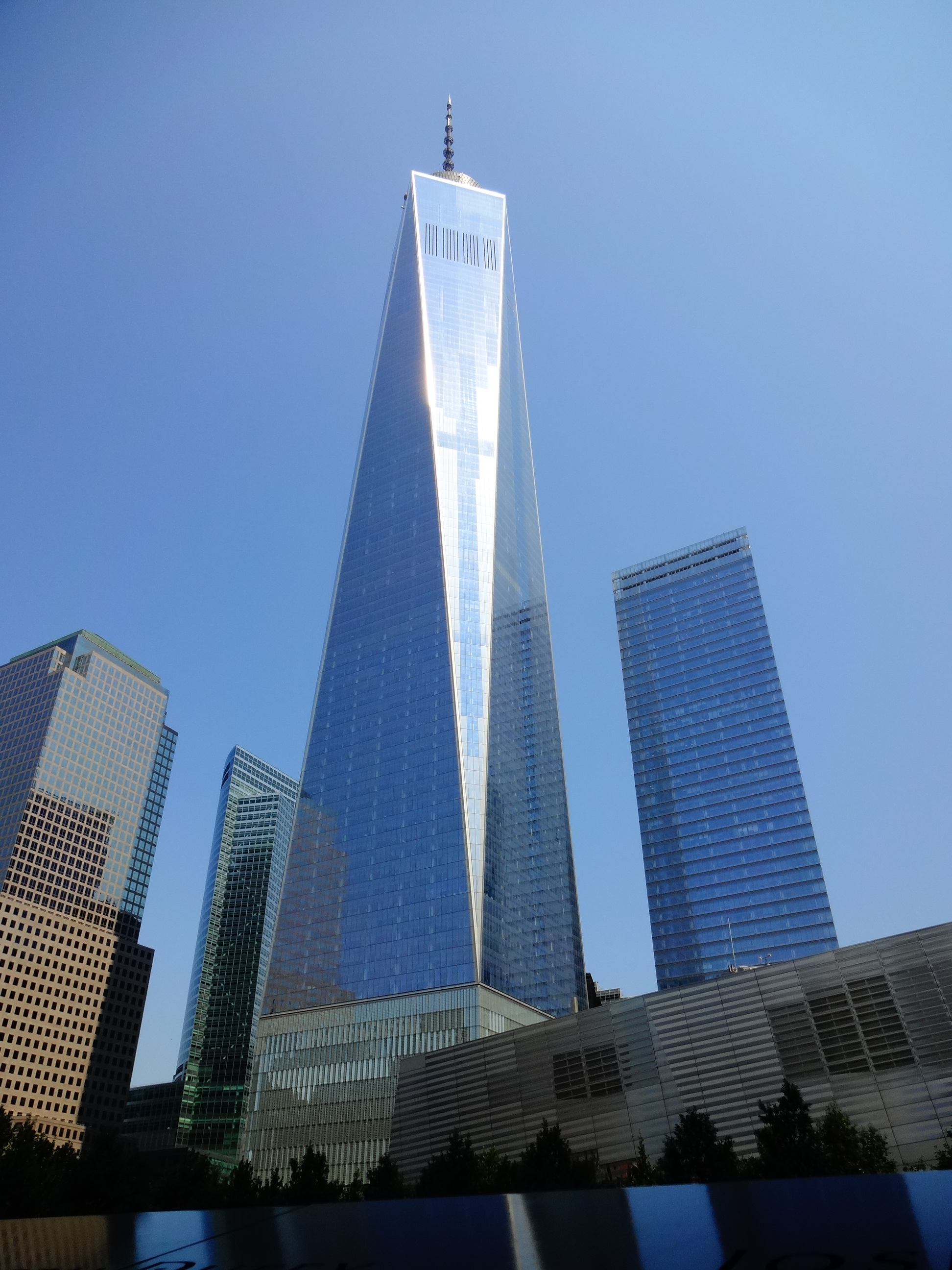 Although, I was only eleven years old I still remember the moment as I heard of the attack on September 11, 2001. As soon as I came back from school and entered the front door, my mom informed me immediately about the occurrences in New York. Without having lunch I turned on the television. Almost all channels reported about the incident. I didn’t fully understand what had been happening but I remember realizing that nothing will be the same again. As I arrived in the US in the mid of August 2015 one of my first destinations was the place where 9/11 happened. Due to the fact that it was my first time in New York I did not know what to expect and had no imagination how I would feel. As I went to Lower Manhattan, I directly walked towards the 9/11 Memorial. This memorial, consisting of a North and South Pool, honors the lives of the people that were killed during the attack. The pools represent the former location of the Twin Towers. The dimension of the memorial is impressive and can be seen as a place for memories and hope for the future. The 9/11 memorial is free of charge and is open from 7:30am to 9:00pm. For further information please use the following link: http://www.911memorial.org/. As I walked further I stood in front of the tallest skyscraper in the Western Hemisphere – the new World Trade Center. By looking up at the inspiring building I felt like a small child that wanted to experience the whole power of the new tower and the city. Therefore, I decided to pay $32 for the One World Observatory, also called the Freedom Tower, which is located on the 100th to 102th floor within the One World Trade Center. The observatory deck is open since the end of May 2015.

I had to wait 1,5h to start my experience because only a specific amount of people is allowed to go up at one time. After passing the security point the ground level is reserved as being a 9/11 memorial. On a wide screen, people who survived the attack are sharing their feelings with the visitors. Moreover, constructions workers and engineers are interviewed to talk about their association with the new building and the memories of 9/11. After watching the documentation, we stepped into one of the five elevators, called Sky Pod. Instead of a boring ride, we reached the 102th floor within less than 60 seconds by seeing time lapse images showing 500 years in history. We entered a dark, long and narrow room with one wall full of screens, presenting New York as a fast-paced and diverse environment, called Seen Forever Theatre. During the presentation the music was getting louder and louder. When the maximum was reached, the screens lifted and the light shined through the windows. In this moment we discovered the beauty of New York City.

Arriving at the observation deck, we had a 360-degree view of the amazing cityscape. We explored all areas: the main observations, the Sky Portal and the City Pulse. While I was walking around I always had the feeling that the tower was moving. Moreover, during the stay I watched a nature spectacle While it was raining in Brooklyn, it was only cloudy in Manhattan. It seems that the East River is a meteorological divide between Brooklyn and Manhattan. Every visitor has the opportunity to borrow a tablet for $15 that provides an interactive survey. That means you are holding the tablet in your hands towards the sights you want to explore and the tablet is telling you what sight it is and the background behind it.

To gain firsthand experience please get inspired by the following video. Enjoy! Next ArticleTo be able to try your desired super power