Three weeks are already gone and there would be so much to tell..it’s really hard to decide what to talk about!

We all love to travel, as proven by the fact that in three weeks we have already gone to Boston and to New York City and that we are already planning to go to the Niagara Falls, Washington D.C., Philadelphia..someone (including myself :P) is also dreaming about going to Miami, Las Vegas and why not..Hawaii!! Anyway, I didn’t mean to talk about travelling (you should know that I get distracted very easily)!

Since we’ve got here, we tried to absorbe American culture in every aspect, such as American food, American coffee (I’m Italian, these are the first things that came to my mind!) and, of course, American sports!!

We went to see the basketball match between New Paltz Hawks and Oswego Lakers and we ended up cheering as if we were attending SUNY for years..HERE WE GO NEW PALTZ, HERE WE GO!!

In order to become more and more like Americans, last Sunday we made a reservation at McGillicuddy’s to watch the Super Bowl!! Someone (again, including myself) painted two black stripes on their cheeks, thinking to blend with American fans..but at the end we were the only ones!! ..tourists..! -.-‘     Only Jenny knew football rules and she tried to explain them to us.. but without success.. Anyway, we enjoyed the game, the commercials and most of all Beyoncè’s show!! 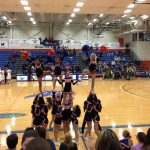 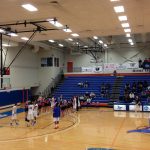 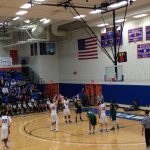 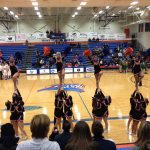 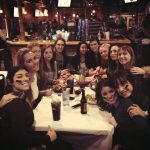 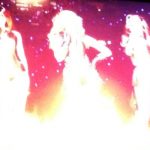 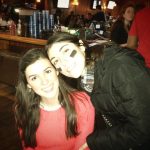 Mirna and Arianna at McGillicuddy’s 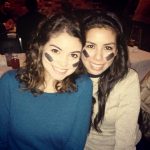 Nora and Marcela at McGillicuddy’s 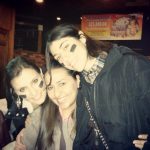 Me, Carol and Arianna at McGillicuddy’s 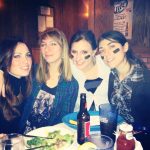 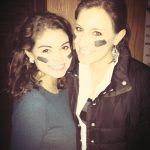 Roomies ready for the Super Bowl!! 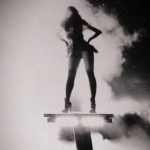 Beyonce’s Show at the Super Bowl!

We are only at the beginning of this amazing adventure and we still miss a lot of the “American style” .. but at the end of these four months I hope we can say we tried everything!!

Girls on the road