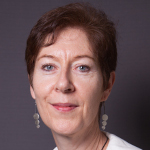 Before I had unpacked my books or met the faculty in The College of Liberal Arts and Sciences, before classes had begun and students returned to transform a beautiful campus into a vibrant one, I discovered that LA&S was sponsoring a guest lecture by Bill McKibben, author, environmentalist, and activist.

Twenty-five years ago, in his book The End of Nature, author and environmentalist Bill McKibben sounded the alarm on climate change, predicted the end of civilization as we know it, and waited for the world to act.

A Special Report by Amanda Ruschak (’15, Public Relations/Sociology) Imagine having the chance to become an active agent for change, putting what you’ve learned in the classroom into real life activism. For several busloads of SUNY New Paltz students, this dream became a reality at the People’s Climate March on Sept. 21.

Five digital media production students filmed a compelling documentary about a traveling ambassador wolf named Atka for a class project last spring. Their film, “Waning Wolf,” has received industry recognition, premiering as an Official Selection of the Woodstock Film Festival at two venues on Oct. 17 and 18.