The Benjamin Center for Public Policy Initiatives at SUNY New Paltz, in collaboration with the Women’s, Gender, and Sexuality Studies Program, and the Departments of History and Political Science at SUNY New Paltz; The Rockefeller Institute of the State University of New York; the FDR Library; and the League of Women Voters of New York State will hold a statewide conference on the past, present, and future of women in politics upon the occasion of the hundredth anniversary of women winning suffrage in New York State. The conference convenes April 21-22, 2017; day one at the Wallace Center or the FDR Library in Hyde Park, NY and day two at SUNY New Paltz in New Paltz, NY.

The 2017 centennial of women’s right to vote in New York offers a unique opportunity to look back at this benchmark moment. The conference will examine both the history of the women’s movement and the history of New York State, engaging in an intergenerational dialogue about women’s subsequent political activism in New York, as well as the overall advancement of women’s human and civil rights since the suffrage victory. By bringing together scholars with a variety of approaches and research specialties, the conference will contribute an understanding of past accomplishments with a clearer picture of present problems and our unfinished agenda for the future. 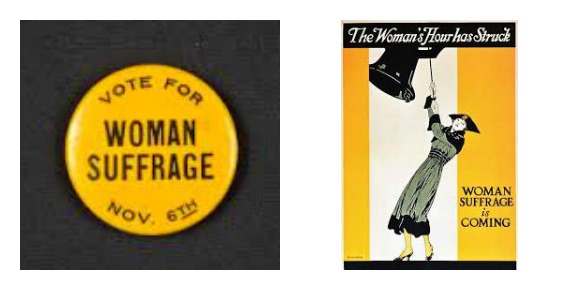 The format is commemorative, scholarly, and analytical. This event is intended for both specific and general audiences, enabling attendees to interact directly with panelists, some of whom disagree with each other, as they discuss issues associated with conference themes. Highlights of the conference will be live-streamed to sites across the state with the assistance of SUNY’s Rockefeller Institute of Government. A post-conference workshop will be held for K-12 teachers’ curricular development. A resultant publication will further disseminate conference themes over time.

On day one, participants will hear the results of the first statewide Views of Women (VOW) poll, presented by its originator, Professor Eve Waltermaurer. Friday’s program includes remarks by Dr. Wylecia Wiggs Harris, Executive Director of the League of Women Voters of the United States. The evening keynote will be Allida Black, Professor of History/ International Relations, George Washington University, and editor of the Eleanor Roosevelt Papers. U.S. Senator Kirsten Gillibrand is an invited speaker. Activist and independent scholar Barbara Smith is the Saturday keynote speaker.

Saturday’s conference sessions will correspond to the conference foci of past, present, future.

The Past (1917):
How did Women Win the Vote in New York State?
After the Vote: Women in Social and Political Movements

The Future:
The Limits of Suffrage in Liberal Democracy
Women in New York State: The Unfinished Agenda